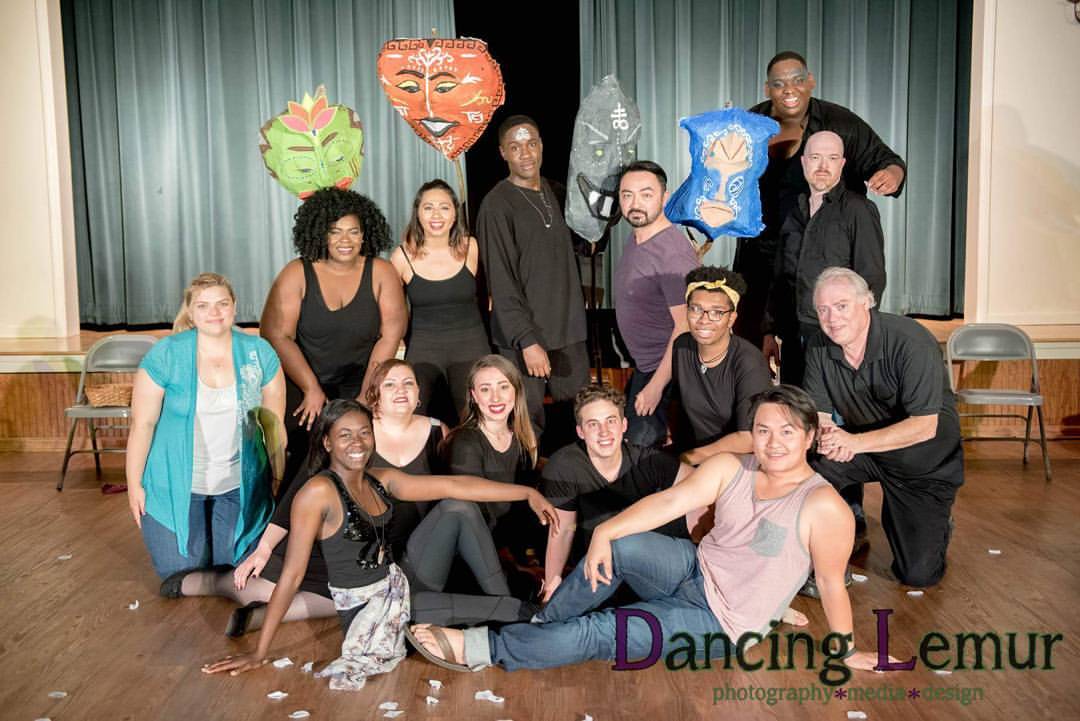 Cast, Crew and Production from Open Space Cafe Theatre's production of Once on This Island (2017)

Once on This Island was one of the first cast recordings after I'd arrived at The University of North Carolina at Greensboro to begin my undergraduate studies in, first, Elementary Education, then Theatre Education. It featured La Chanze in her breakout performance as Ti Moune, a poor peasant girl who falls in love with Daniel Beauxhomme, a land owner's son from "the other side" of the island.

When I interviewed for this position, I was asked how we might make the story more contemporaneous--how we could bring relevance to its message in today's context. We tossed a few ideas around, including modeling the social dynamics of race and color, as well as social class, after social movements from today. In that interview, we spoke about movements like Black Lives Matter and the Arab Spring.

While it was exciting to digest the aesthetic in such terms, the reality of mounting a production utilizing those springboards became a large--and unnecessary--challenge. The story of Once on This Island is one that takes place prior to more traditional arcs of conflict escalation: we are encountering a pre-revolutionary society; an irony considering the song "Sad Tale of the Beauxhommes" frames a post-colonial, and thus, post-revolutionary culture. What is drawn as focus is the story of Ti Moune and her forbidden love of Daniel Beauxhomme. With one cast, a contemplation on colorism in colonial societies. With another, an examination on intergroup conflict and the importance of cultural values and practice. With the right cast, it is all of this, plus a contemplation on identity and complicity in oppressive societies.

For this production, I took the ensemble out of the traditional proscenium setting and created an arena stage to, in some ways, "implicate" the audience--place them in the midst of the action of the story. We framed the experience within a performance structure reminiscent of more ancient traditions like Greek theatre, the griots of Africa and physical stylings and staging from Japanese Noh and Kabuki theatre. In many ways, it was a polycultural venture attempting to meld contemporary sensibilities with global theatre technique.

While our budget was very small, the craft, technique and aspirations of this cast were astronomical. They exhibited the kind of willingness and discernment that can take a collaboration to the next level.

And all in an open space.